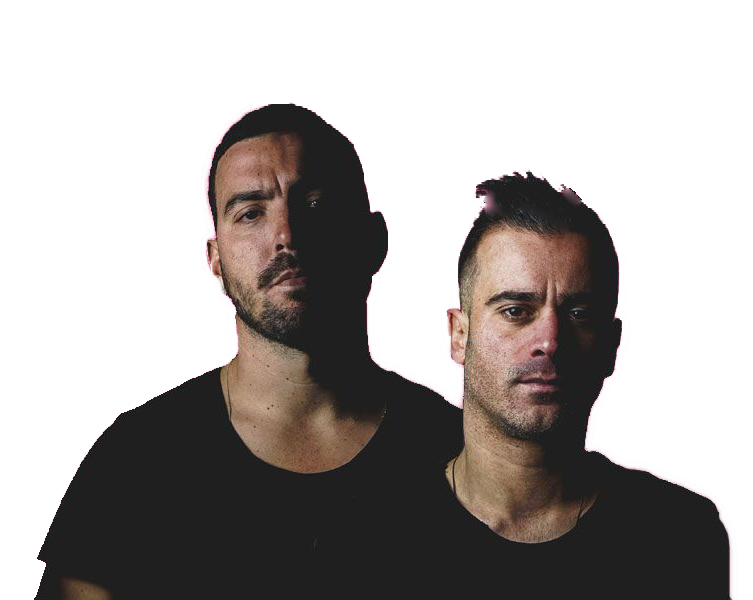 With a career of 16 years,​ Mayze X Faria​’s the best Portuguese duo of​ House Music that take beyond borders the vibe and the feeling of true dancefloor artists. It all started in Braga, Portugal, in 2004. Jonh Mayze and Miguel Faria met on a terrace in a summer job. They were two kids in love with music and they soon realized that they had a lot in common.

A decade after the first conversation… they have tours in Angola, residences in Spain, gigs in the Best Festivals and Clubs in Portugal, launch songs by international publishers and play with some of the best names from the international Dance Scene. Each gig is a journey where hype is always driven by the dedication at the DJ booth, either in clubs, sunsets or festivals.

The energy and solidity of the duo combined with their distinctive sound have the support of many peers who recognize their mastery in production such as Solomun, Claptone, Fisher, Gorgon City, Sam Divine, Richie Hawtin, Dennis Ferrer, Hot Since 82, among many other names. Proof of this are their latest tracks, released by prestigious international publishers: ​“La Rambla” in 2020 (a collaboration with the producer Pete Tha Zouk to be released by the German label Cabello Recordings), ​“Mussulo” in 2019 (with the stamp of the Australian Sweat it Out) and ​”Eivissa” in 2018 (released by the English label Snatch Records). The sound of the songs with their signature always takes us on a journey where the rhythm is contagious and we tend to become addicted from the first to the last beat.

In 2020 Mayze X Faria promised to go further: in their productions (within the genres they identify with – ​House Music and Tech House​); in their gigs where they will continue to paint scenes full of light with a transcendent vibe and sonority; in entering the international domain as the next stage, which will lead fans around the world to levitate in the sound of the duo.